Over a period of six weeks, Year 12 students devised ideas based on a stimulus script, which culminated in a devised piece scripted by students and arranged with technical details. Creating a portfolio to accompany the piece formed part of the devising component of the A Level Drama and Theatre examination.

Throughout, students engaged in rehearsals, the use of practitioner methods (Brechtian) and realisation of a script with music, lighting, basic props and costumes. All students accomplished to a high standard in their performance; all audience members were extremely impressed with their efforts and completed positive evaluative feedback forms.

A broad range of skills was achieved to a high standard: creativity and co-operation and shaping of ideas into a coherent play form, researching background information to add to play content, developing and demonstrating acting and performance skills, applying literary skills to forming the script.

Leadership skills were developed as all actors contributed to a didactic message for the audience. This was articulated with strong communication skills. Individual students took it upon themselves to become leaders in different areas: stylistic/creative input, research, directing, script writing.

Audience members were very complimentary and provided insightful responses to student questionnaires: "scripted lines were very effective", and "I liked the message that you shouldn’t judge a book by its cover." 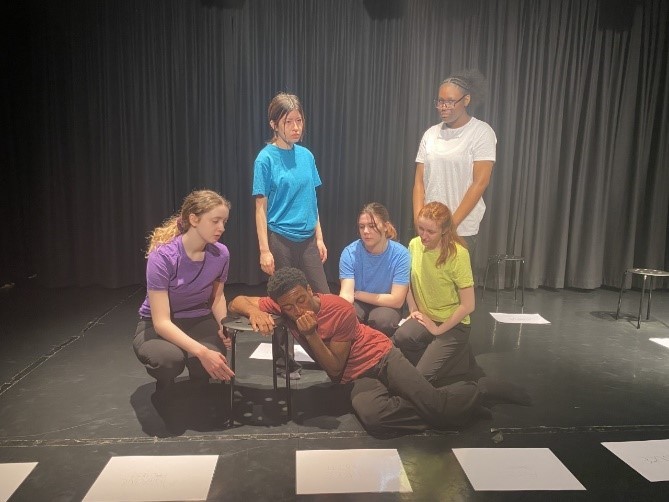